Ever been on a hike where you didn’t pack enough water? What about food? Have you ever completely forgotten a tent on a backpacking trip?

I’ve done the first two. My father-in-law did the last. But he and his family owned it like beasts.

The initial plan was to hike Timpanogos from Aspen Grove. We’d camp at Emerald Lake overnight, summit in the morning, and then go home.

I was stoked for this trip. It was the last hurrah for the end of the summer, and my in-laws were visiting from Idaho. They were really into outdoor activities, and I was determined to prove myself to them, as I’d only been in the whole “athletic outdoorsy” game for a little over a year by that point. 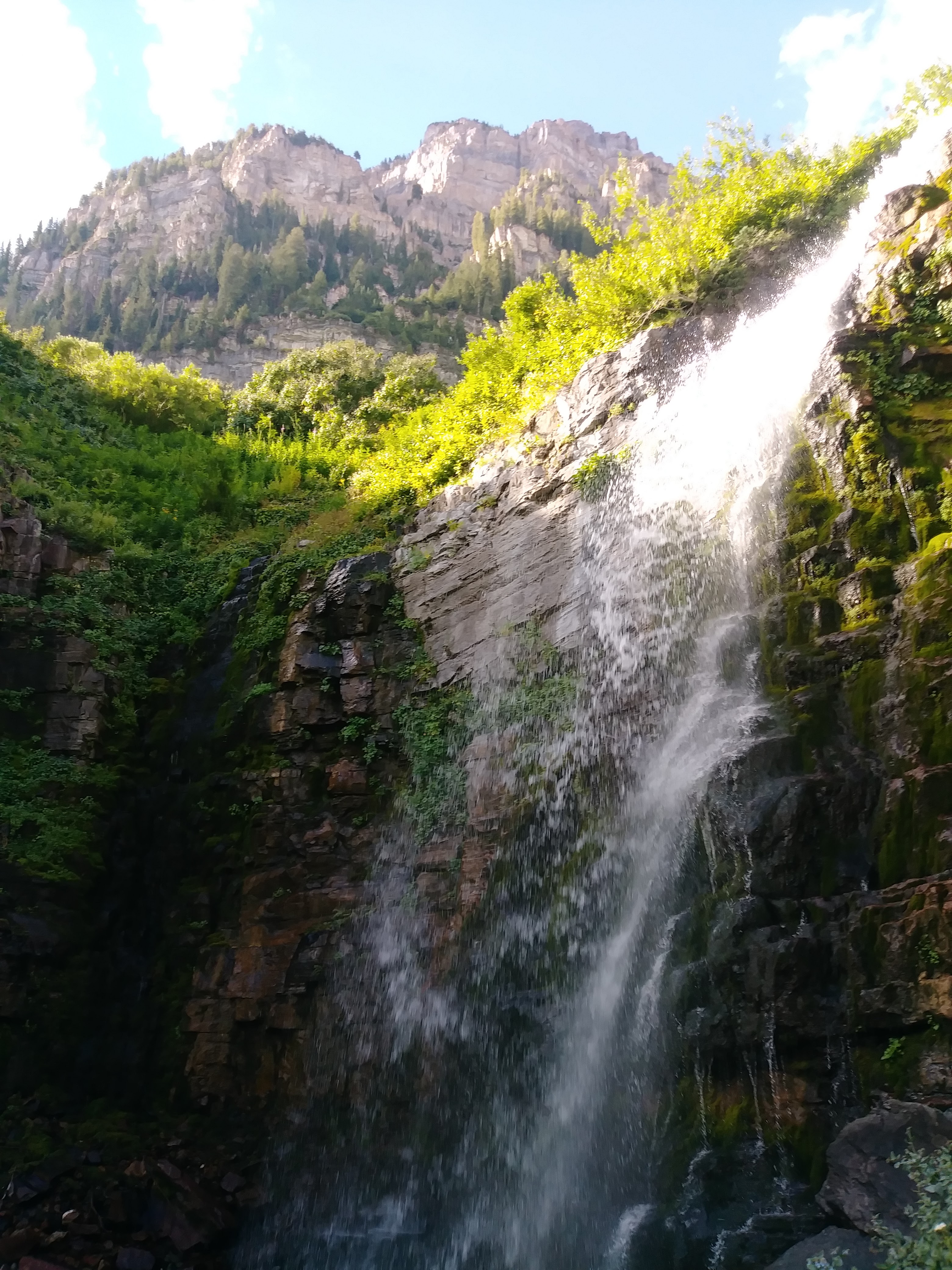 I came straight from work in the late afternoon to meet my husband Austin and his family at the trailhead at Aspen Grove. While the brothers were throwing around a football in the parking lot, my father-in-law and I helped finish up packing, making sure we had everything.

“Okay, we’ve got the tent, sleeping bags, snacks…I think that’s everything,” my father-in-law Jarin said, looking inside the back of the car.

Jarin started laughing. “We’re fine on ramen. We have 20 packets.”

After checking our backpacks one final time and locking our car doors, we embarked on the trail, enjoying the shade from the mountain as the sun dipped lower in the sky. 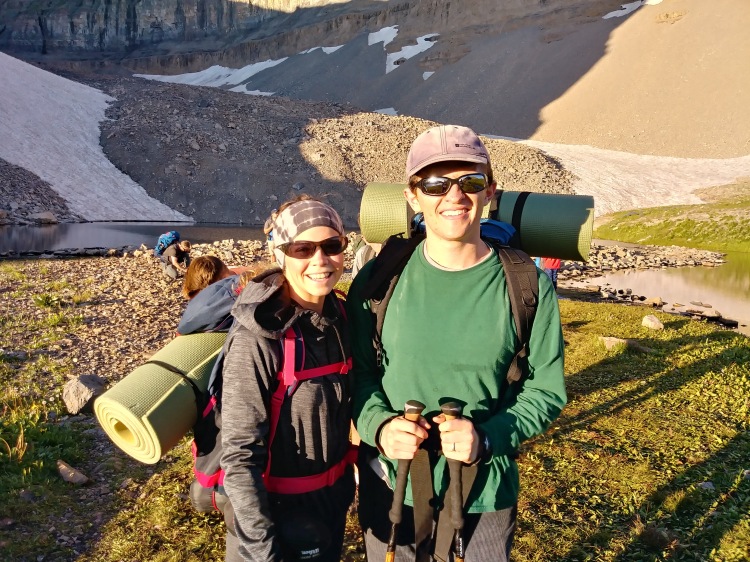 I was at the front of the group, choosing the pace since I was the smallest and (usually) the slowest. I looked back and my husband and his brothers were chatting happily as they stepped over tree roots and scrambled up large rocks on the path.

Jarin was right behind me, starting to sweat. All of the family sweats a lot.

I mean a LOT. Like within minutes, and usually they’re dripping.

Jarin’s hat had dark spots, but that was normal for him. He smiled at me and said, “You’re doing great. You keep going at that pace, it’s giving me quite a workout.”

So I kept going, and we all made conversation along the way. The hike from Aspen Grove to Emerald Lake is 10.3 miles out and back. It’s got about a 3500 feet elevation gain, which can make you feel out of breath the higher you get. 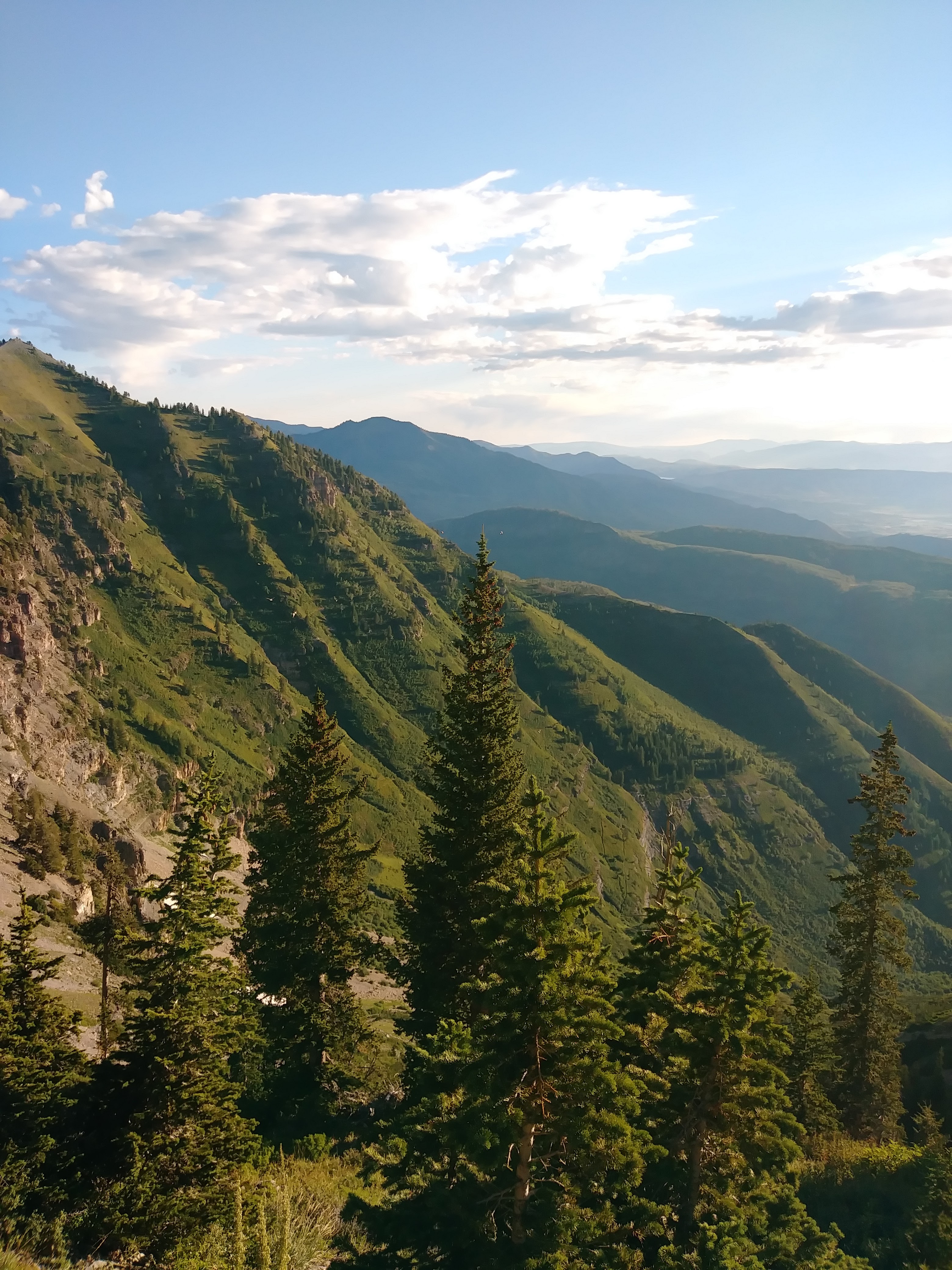 We made it to the campsite by the time the sun was setting. Jarin’s hat was completely soaked with sweat and I was falling to the back of the group. My husband Austin and his brothers were doing fine, as they had a high tolerance for colder temperatures and brought layers.

Jarin and I were less fine. Once we stopped hiking, he and I started shivering. The sun was gone and temperatures were falling fast.

Austin gave me an extra flannel shirt and sweatpants he had brought. We had worn clothes that were moisture-wicking, but even then, everyone was still pretty chilled. Moisture-wicking doesn’t equal immunity.

Everyone started setting up the campsite. We pulled out camp stoves and water filters. Two of his brothers took the water filters went to the stream that fed into the lake. We started boiling water so we could eat ramen and warm up much faster.

But we ran into a slight snag with the tent.

Everyone was cold, a little stressed out, and hardly anyone could see anything. They all stood in the darkness, gaping at the tent. 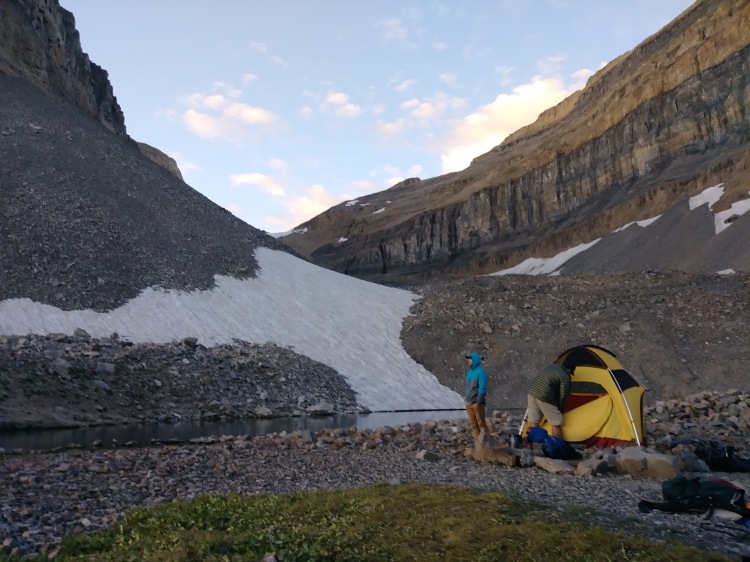 Jarin started laughing at his mistake. The rest of his sons began laughing too, and it broke the tension and helped everyone focus again on setting things up. Jarin climbed into his sleeping bag to warm up while the rest of the group was taking care of the campsite.

Austin and his brothers continued to filter water, still laughing to themselves, and soon the water started boiling enough to add ramen. Nothing tastes so amazing when you’re on a cold mountain and have limited resources.

I felt so bad. I had caused Jarin to sweat and cool down rapidly. I approached his sleeping bag and knelt down and hugged him in an attempt to warm him up. Then Austin and his brothers came, too. They dogpiled on their dad, laughing and trying to squeeze him.

They slept under the stars that night, although it was a rougher sleep. They woke up to the rising sun and all of us groggy folk agreed that perhaps summiting wasn’t all that it was cracked up to be.

We probably should have been more prepared and more vigilant. But honestly, that trip helped me learn how to laugh off stress, learn how to deal with setbacks, and maybe not push myself just to prove a point. My husband and his brothers didn’t care how fast their dad was, they were just glad he was there.

It was the same for me. Just happy to be here.