This last weekend Austin and I went down to St. George to visit some friends. While we were there, we added 4 hikes to my 52 hike challenge, one of those hikes done in Snow Canyon, a state park. 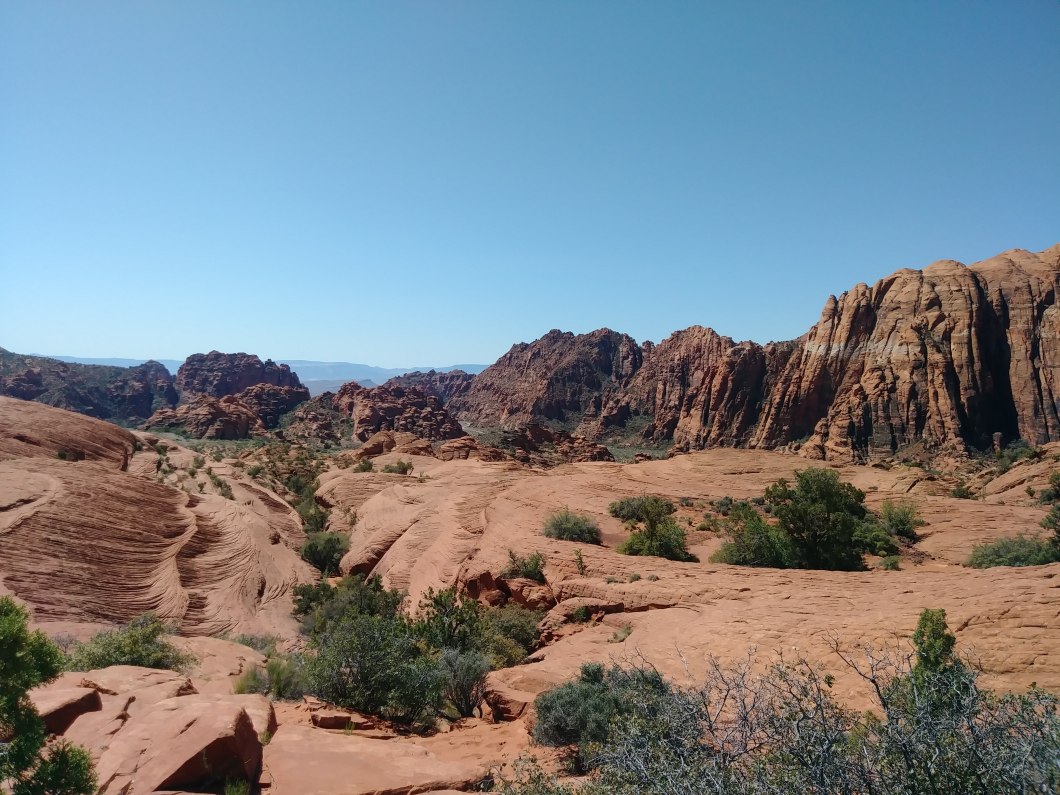 Contrary to popular belief, Snow Canyon wasn’t named for sheer irony. Instead, it used to be Dixie State Park, but later named after some of the pioneers that had settled the place, Lorenzo and Erastus Snow. 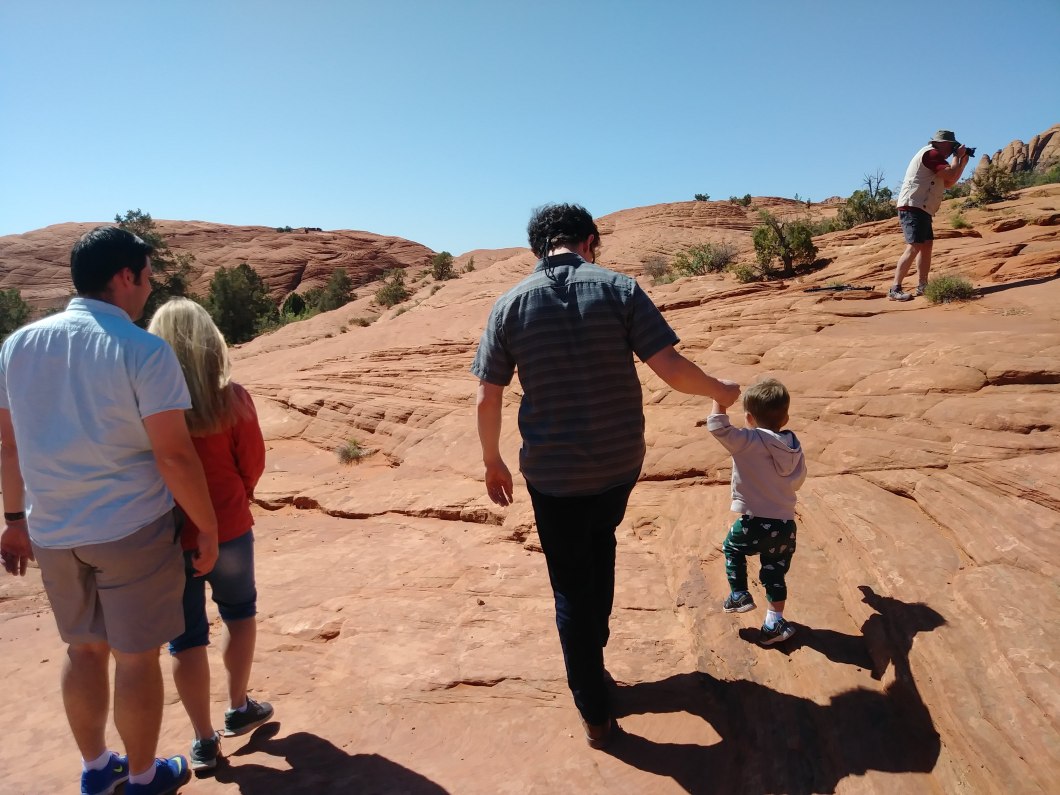 We did a short, 1.5-mile hike that was more about wandering around and exploring petrified sand dunes than actually getting in mileage.

Snow Canyon, a state park, isn’t as grandiose as Zion National Park. But it’s got some seriously gorgeous red rock and rock formations that look out of this world.

Check out these wild waves: 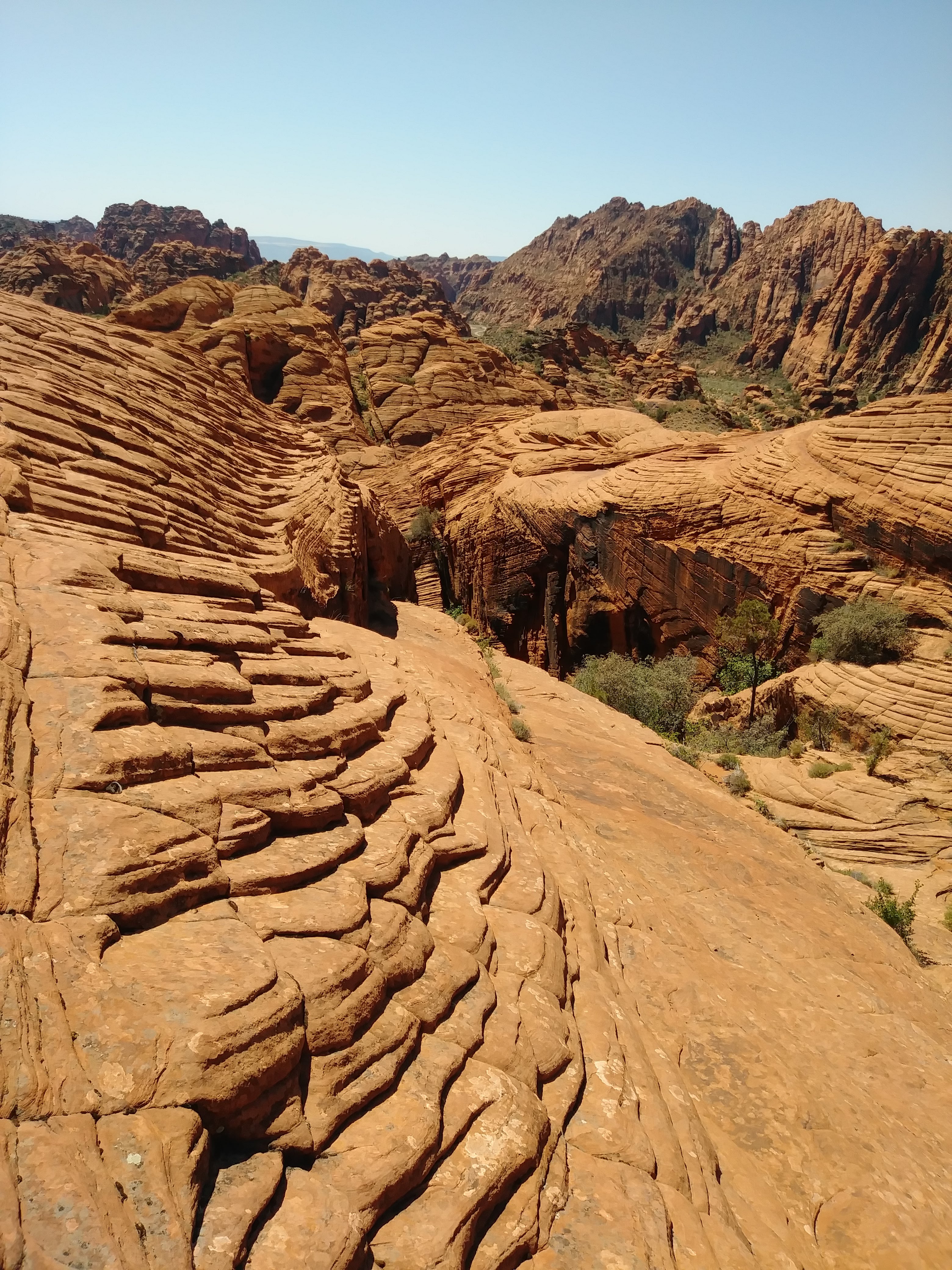 I wish I could explain how these formations were even made. We all tried to remember what we learned in our science classes from college, high school, or even elementary school.

Water? Uh, maybe wind, too? Was there a volcano that erupted and preserved the dunes? Maybe?

Here’s what it says on the site:

Transported by wind more than 183 million years ago, tiny grains of quartzite sand covered much of what we now call Utah. These sand dunes, up to 2,500 feet thick, eventually were cemented into stone. Burnt orange to creamy white in color, Navajo sandstone, the predominant rock in the park, is what remains of the ancient desert sand sea. Over time, water has cut and shaped the sandstone to form canyons. Approximately 1.4 million years ago, and as recently as 27,000 years ago, nearby cinder cones erupted, causing lava to flow down these canyons, filling them with basalt. This redirected ancient waterways, eventually carving new canyons.

But a question that I am too lazy to research and find my answer is, HOW DID IT HARDEN? Was it a LACK of wind? Was there some kind of property in the sand that allowed it to harden? Was it all the sand BENEATH the sand while everything else just blew around?

Anyway, I’m exhausted just thinking about it. Here are some more pictures. 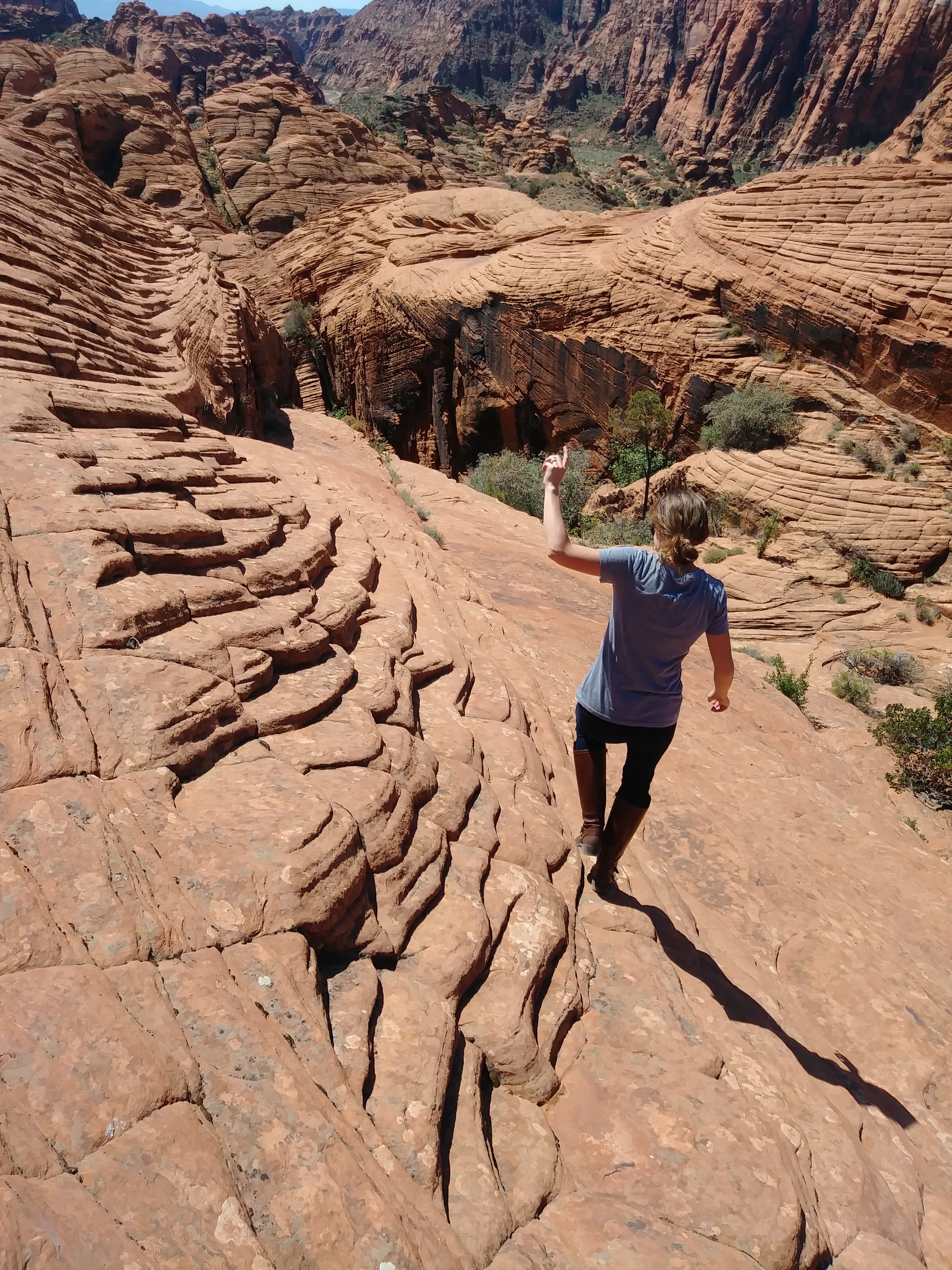 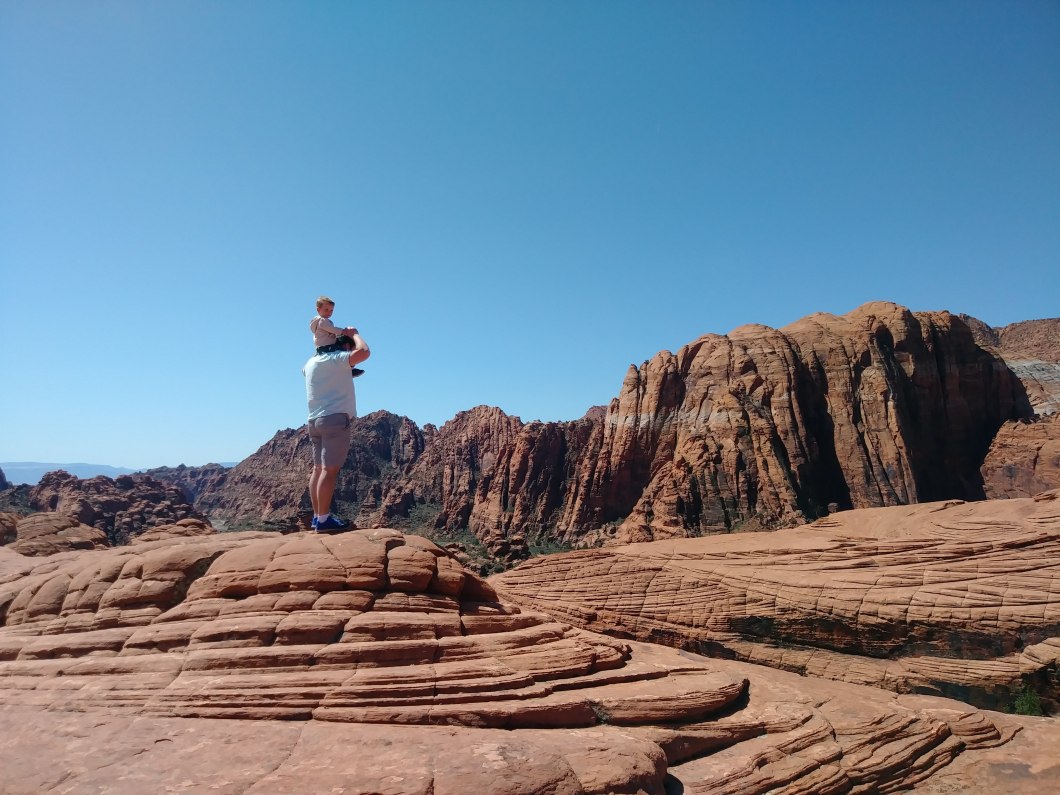 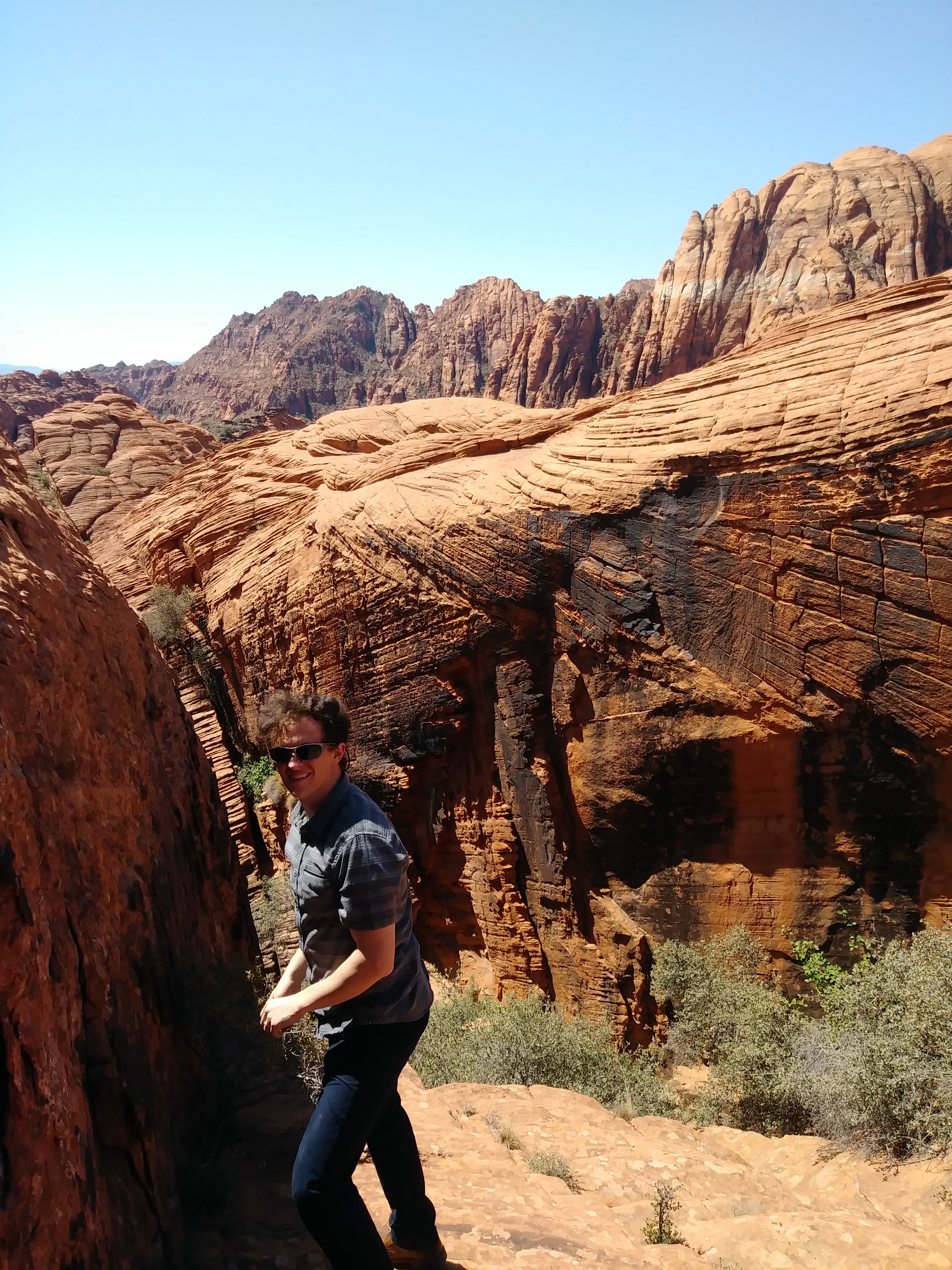 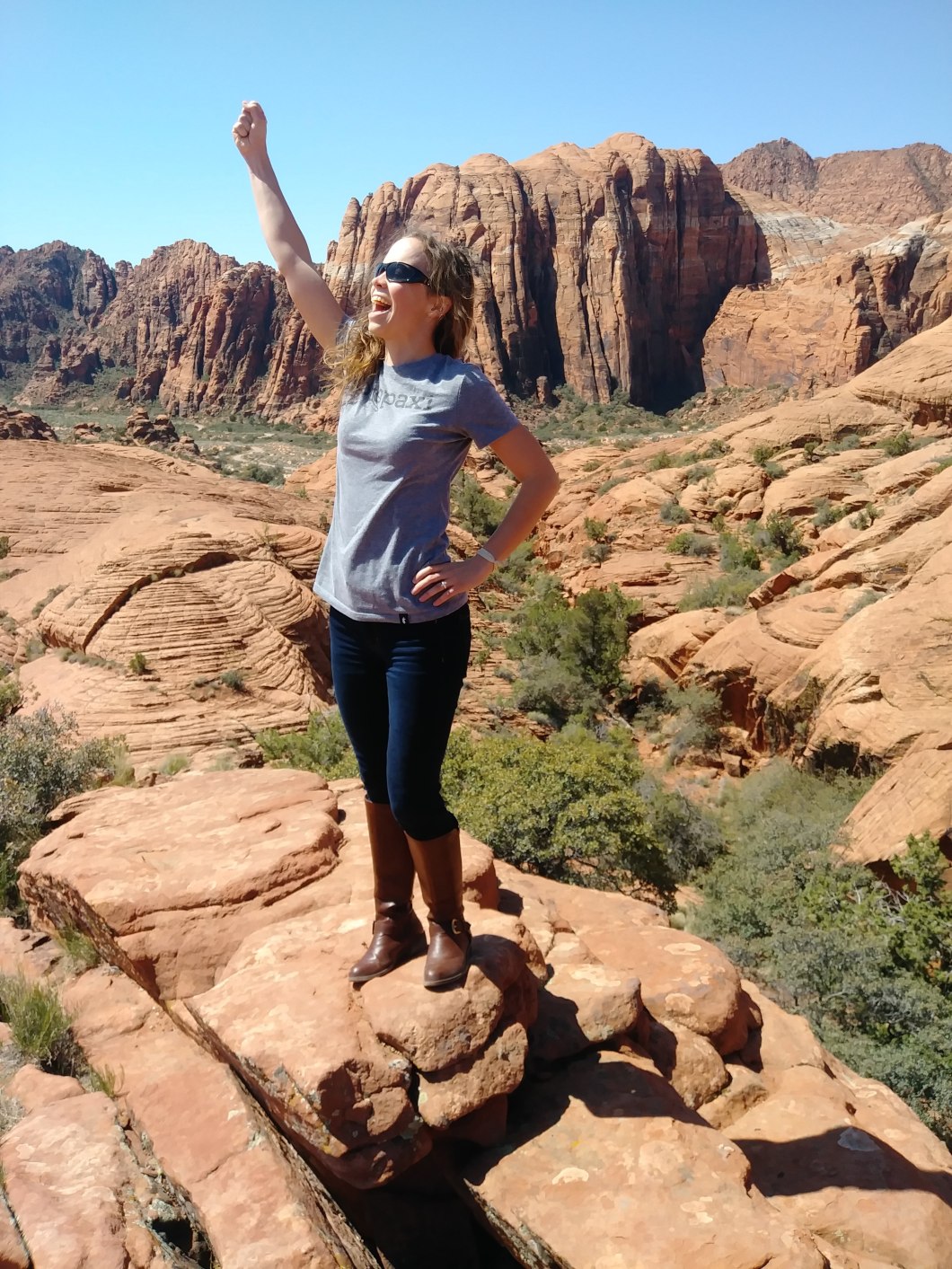 This place was gorgeous. I strongly recommend it to everyone who visits St. George. If only it were a national park – then maybe there’d be smaller crowds in Zion, and then I could visit Zion more.