On this day we headed from Buckhaven to St. Monans, scrambling over rocks and walking along the beach and trekking through towns.

The difference between the Fife Coastal Path and the West Highland Way was how many towns we went through. 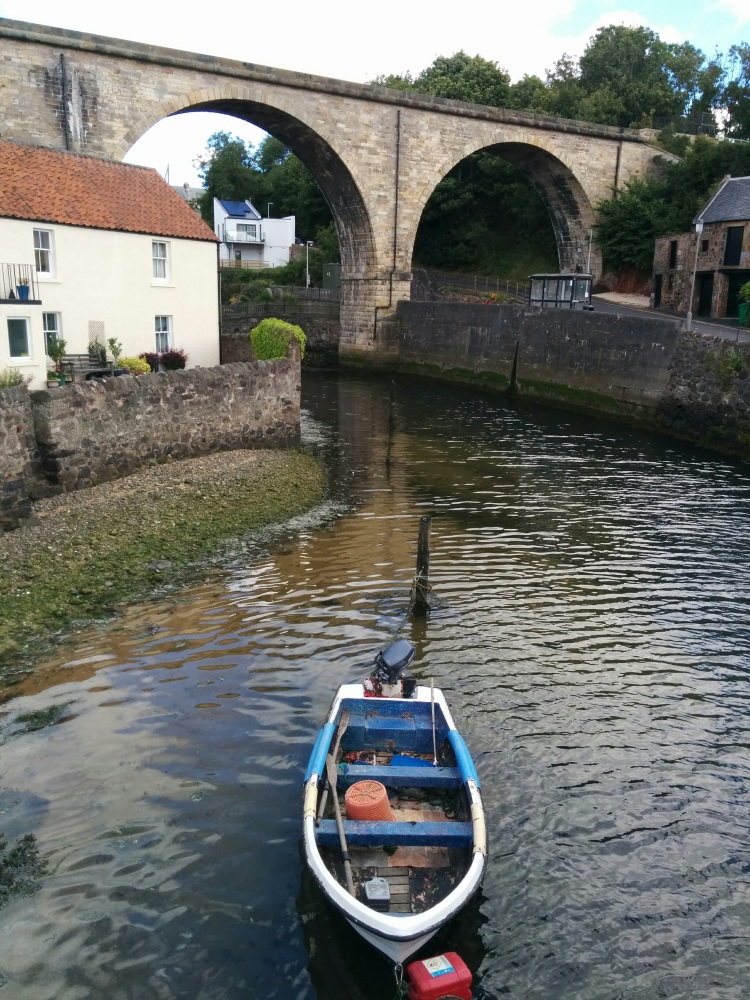 There were seaside towns EVERYWHERE. This was an area of life I was not familiar with; I had grown up in a landlocked state and the ocean was purely meant for vacation time. It was handy because we never really worried about our safety (except for those drunk teenagers the night previous who were rambling about how they’d set our tent on fire, but no worries, that thing’s anti-flame) and it was a nice change of scenery.

But it was also kind of weird. There were a LOT of golf courses we had to cross.

We never really escaped civilization, which was fine since our goal was escaping Scotland’s vampire midges, but walking on the road made my feet hurt even more. We weren’t shy about taking breaks since we were headed to St. Andrews – we had a lot of time on our hands.

Austin’s always had an obsession with the ocean, and he also has this thing where he wants to do a “polar bear plunge” in every FREEZING body of water we’re nearby, so of course he had to jump into the North Sea. 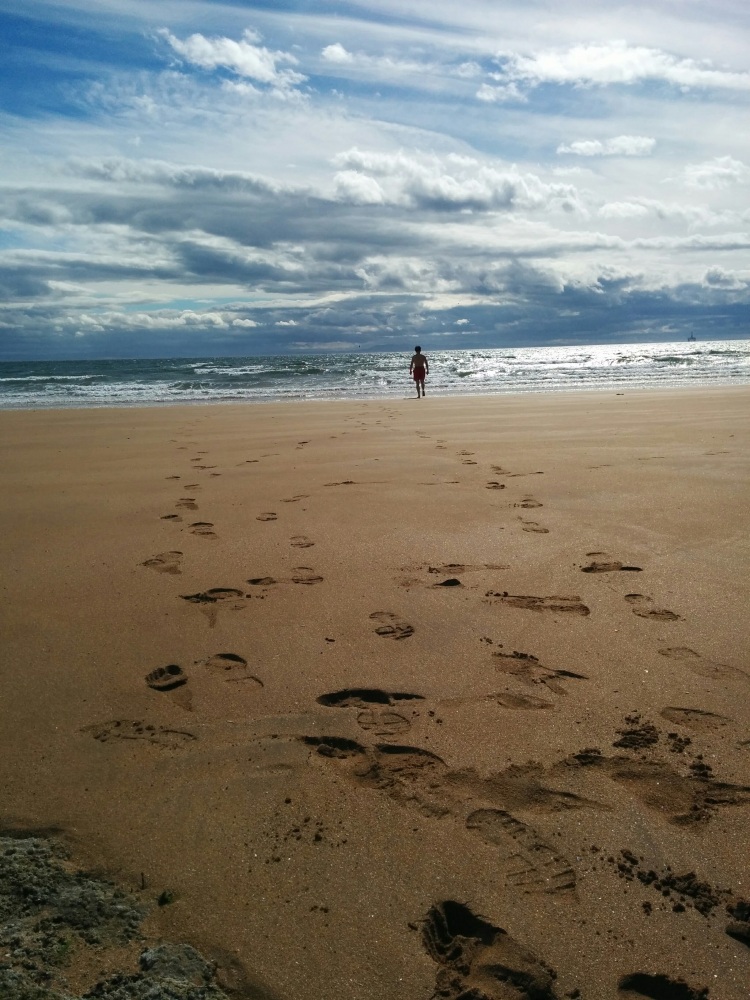 We also stopped by in a nice hotel pub and ate some good seafood there.

There were some really beautiful castle ruins that we passed – come to think of it, this trail had a LOT of castle ruins. 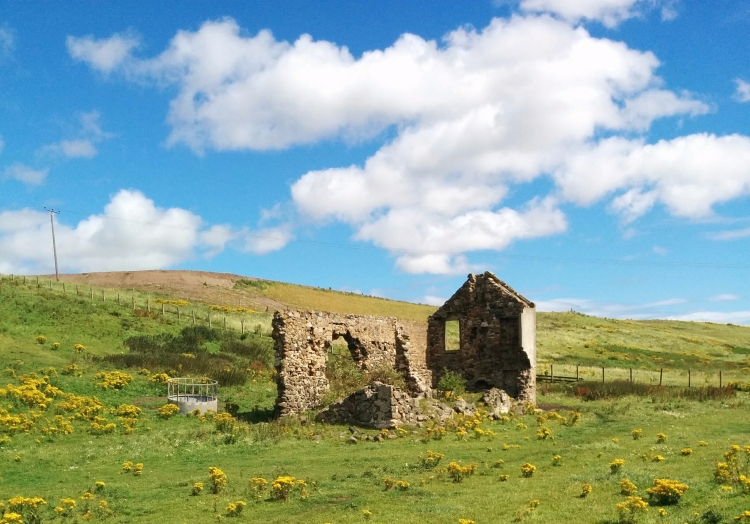 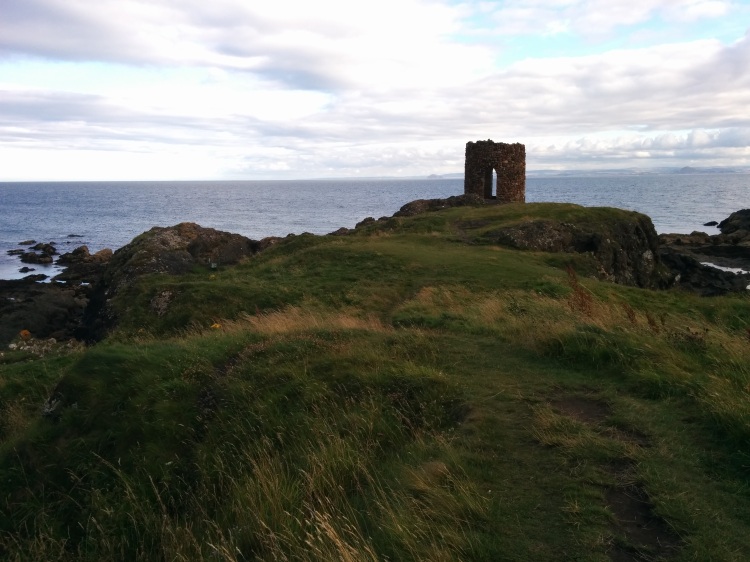 I was pretty wiped by the time we made it to St. Monans – I think the West Highland Way was still wearing on me.

Once we got into town, we realized that camping on the beach wasn’t much of an option, given all the rocks and sand. So we asked some locals where a camping site was and they pointed us to one about half a mile away.

We arrived after the camp hosts had left, and after borrowing a cell phone from a nice Scottish couple and trying to call the hosts, decided we’d stay the night and if the hosts came, we’d pay them. If not, well…we’d be really grateful and save ourselves $20.

Sleeping that night was a bit of a struggle – the campers next to us stayed up chatting and laughing and we were too chicken to ask them to please quiet down and they didn’t go to bed until 2 a.m. We’re cowards.