Remember that time I hiked to Donut Falls but ended up missing the donut?

Well. I attempted it again.

This time I brought Austin with me, after much persuasion.

It was a lot snowier than the last time I did this – but it was packed down enough to make it walkable.

I LOVED the weather – it wasn’t too cold, but the further we got into the canyon, the more frozen things got. My favorite was the half-frozen streams of water.

I hiked in my duck boots I got last year for Christmas. They were cheaper ones I got from the kids’ section of some department store (definite perks of having tiny feet) and I was worried that they wouldn’t give me enough traction on the ice. 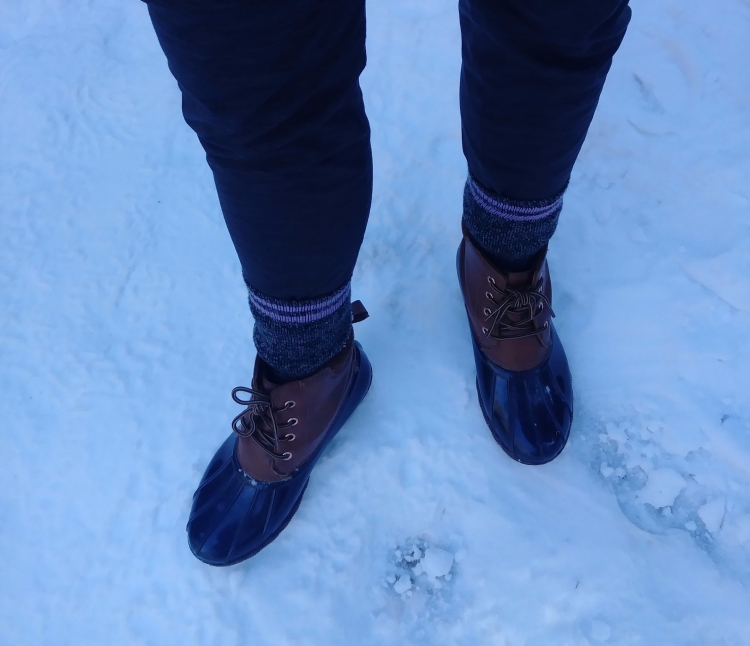 The boots were actually perfect to hike in, though – the packed snow might have been slick but I wouldn’t know because I never slipped. They were still slick on the ice, but that’s just the reality of ice. I think crampons would’ve worked, but for a short hike like this, crampons were unnecessary.

Once we reached the higher elevation, the stream/river/thing was frozen over and we even walked on it.

Walking directly on ice is slippery. The snow provides good traction and helps you gain a better grip. My duck boots were honestly really good here. Plus, I had some nice wool/fleece-lined socks from Colombia and the best part is, I got a pair for $8!

Okay, I’m going to do my best to explain here, especially with these low-light pictures. So I thought that my mistake last time was not going further left ENOUGH, so Austin and I climbed up a very steep, snowy hill that dead-ended rather quickly. We looked over at the overall waterfall and I took the picture that you see below.

Due to the poor lighting (and my amateur photography skills), I’ve highlighted the path that actually leads up to the main part of the waterfalls.

We had to do a bit of scrambling here – there were some icy patches and I banged my knee on one area, but I kept going up because I was so determined to finally see Donut Falls in all its glory.

We happened upon a cave first.

And then we moved into the cave.

And looking to the left, I finally saw them.

Also, here’s proof I’ve been there:

The hike down was a little precarious, but I’ve decided having Austin hold my hand while we get down the icier parts isn’t too bad.

We were absolutely mesmerized by the ice and flow of water beneath (and sometimes over) it. 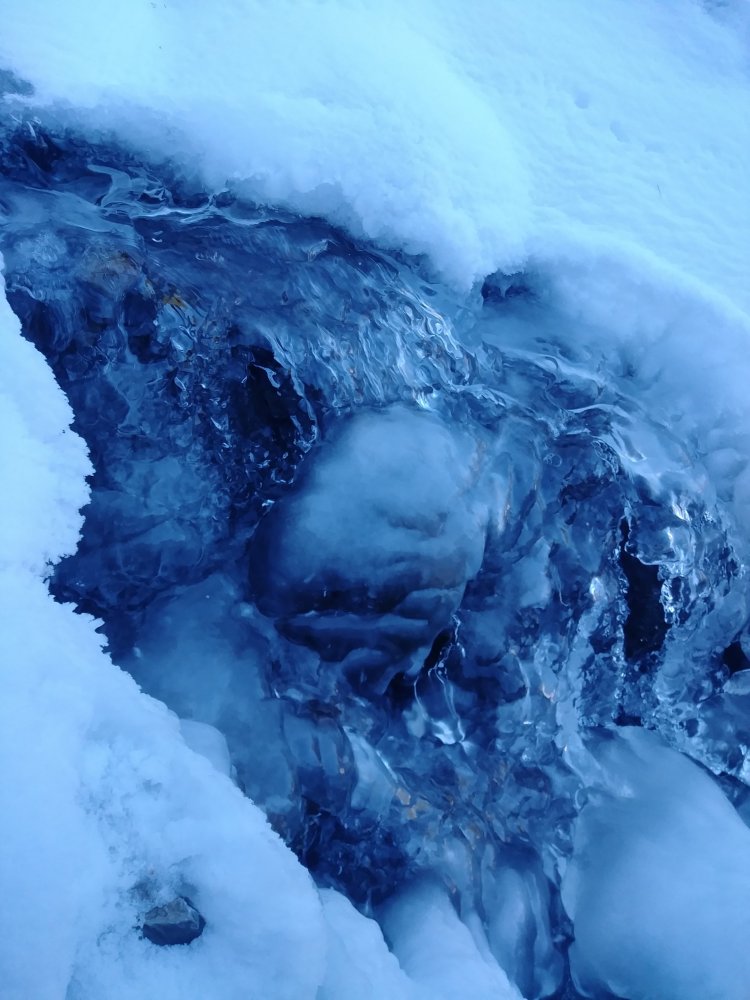 And by the time we finally got down, the sun peeked through the trees, the heavens opened, and God said, “I hate you, Alfalfa.” 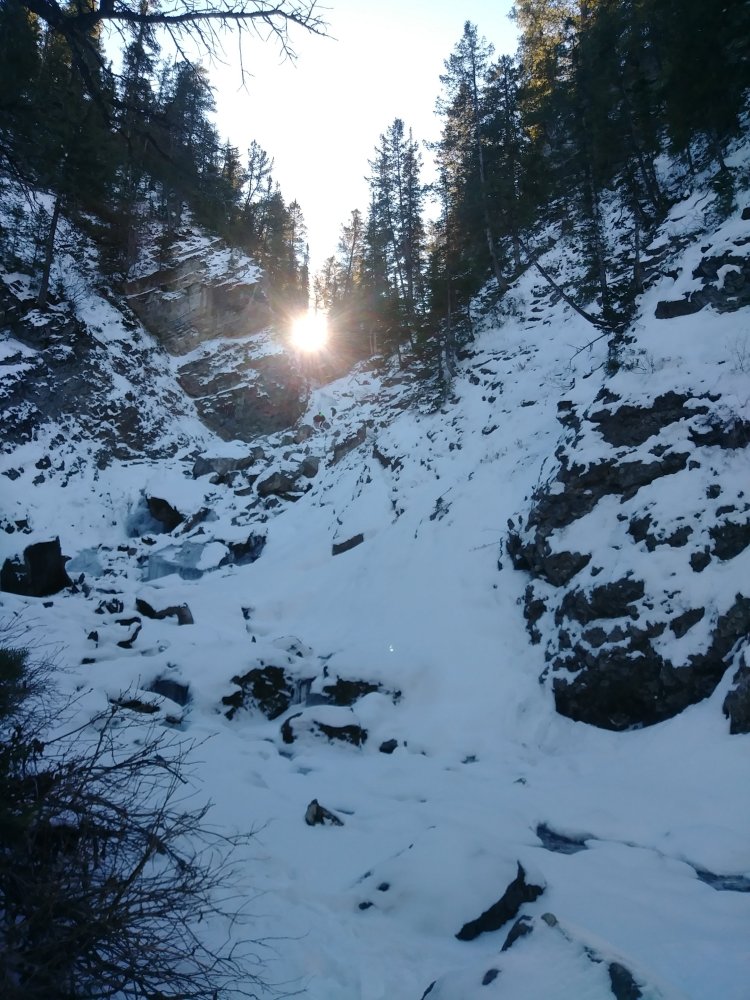 It was a good hike, and I FINALLY saw the donut.